Brick Mania is a reinvention of the classic arcade Brick Breaker (Breakout clone) games. I remember when I was a kid, I loved playing this sort of games on my dad’s computer, but sometimes it could get so frustrating because I just couldn’t break the last brick with the ball. At least to me, those minutes of frustration certainly made the gaming experience a bit less enjoyable, especially when my mum was shouting at me that dinner was ready.

In order to avoid those moments, in Brick Mania (or maybe I should call it Ball Mania), you don’t need to focus on catching one specific ball with the paddle or aiming at one specific brick with full concentration. Instead, you should just try your best to catch as many power-ups as possible and let the balls multiply themselves. Trust me, the gaming experience is extremely relaxing (Easy levels), satisfying (Dense levels) and challenging (Hard levels).

Currently Brick Mania 2.0 is already available on the Google Play Store with many more levels (more than 1,000 levels in total) and new features than the previous version and now I’ll introduce it to you in detail. 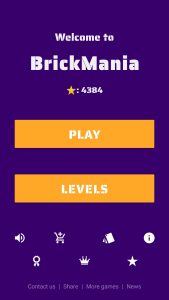 First and foremost, let’s take a look at the main page. The Play button will take you to the next level which you haven’t passed yet while the Levels button will take you to the Universe page, where you can choose in which universe to play. Once you choose a universe, you will enter the Levels page. Now, I’ll introduce to you the next two lines of icons:

In the latest version of Brick Mania, there are three universes, namely Easy, Dense and Hard. The Easy levels are easy and relaxing to pass; the Dense levels have 4 times more breaks and are extremely satisfying to pass; the Hard levels are challenging and therefore only for those well-trained brick breakers. 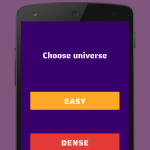 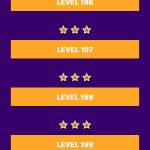 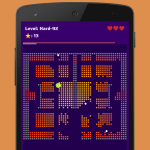 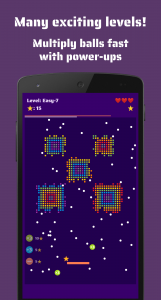 In each universe, there are more than 300 levels and in total, there are more than 1,000 levels in Brick Mania. However, it works fully offline and is less than 3 MB to download! Please keep in mind. No matter which universe you’re in, the ultimate goal is to catch as many power-ups as possible and multiply the balls. Do not struggle to catch every falling ball because otherwise you won’t pass many levels in the Dense and Hard universes. In each level, you can collect maximal 3 stars, which then can be used to “buy” power-ups. 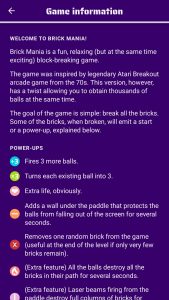 Now let’s take a close look at what the power-ups do:

Now let’s take a look at the page which developers love the most while users hate the most.

First of all, I’m an independent developer, which means these in-app purchases are my main source of income. Secondly, I don’t get what you pay. This is because about 1/3 of the income is deducted by Google and another 1/3 is taken by the government as tax. In the end, if you pay 3$, only about 1$ goes into my bank account. Thirdly, let alone the large amount of time I spend developing and updating my games, I invested quite some money too in, for example, domain, Apple Developer Program, Firebase, advertising and so on. In one word, I just really hope you understand why I’m not making the game completely free. 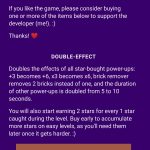 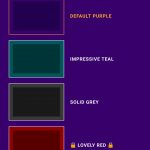 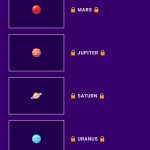 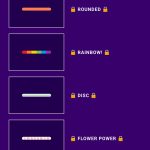 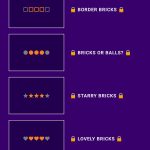 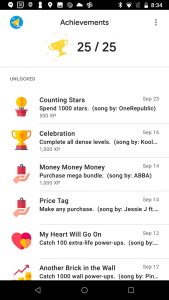 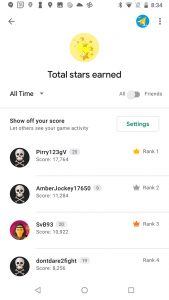 In Brick Mania 2.0, I added 25 achievements to unlock and a leaderboard for you to compete with your friends and other players.

Here are some of the achievements: My Heart Will Go On (catch 100 extra life power-ups (❤️); So Close (lose with one brick remaining); Firework (catch 100 fireball power-ups); Laserlight (catch 100 laser power-ups); A Sky Full Of Stars (have 1000 stars); Un-break My Heart (lose 3 times in a row); Play Hard (complete 10 hard levels); When You Wish Upon A Star (collect 3 stars for 25 games in a row) and many more! Did you notice anything interesting about the titles of the achievements?

What are you waiting for? Simply download Brick Mania and start having fun!

Brick Mania – more relaxing and satisfying than you remembered was last modified: January 22nd, 2021 by Dong