Great News! To celebrate the one-year anniversary of Morse Mania on Android, now the app is also available on the iOS platform!

3. What do users say about Morse Mania?

4. Why do I charge a small fee for premium features?

6. What was Morse Code used for? 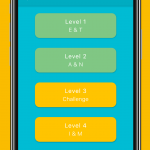 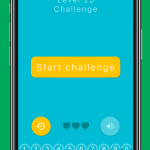 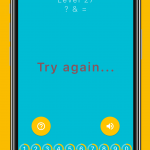 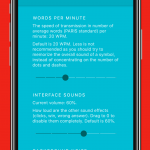 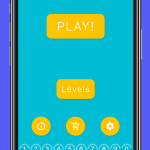 3. What do users say about Morse Mania?

Morse Mania was released on Android devices a year ago and it has attracted in total about 170,000 downloads.

Now let’s see what users said about the app Between 19th April and 4th May 2020 on Google Play store! To be honest, I was so touched by these 5-star ratings and comments and the moment I saw them I felt all my hard work was paying off. It is these people’s support that makes me wanna keep improving and updating the app. 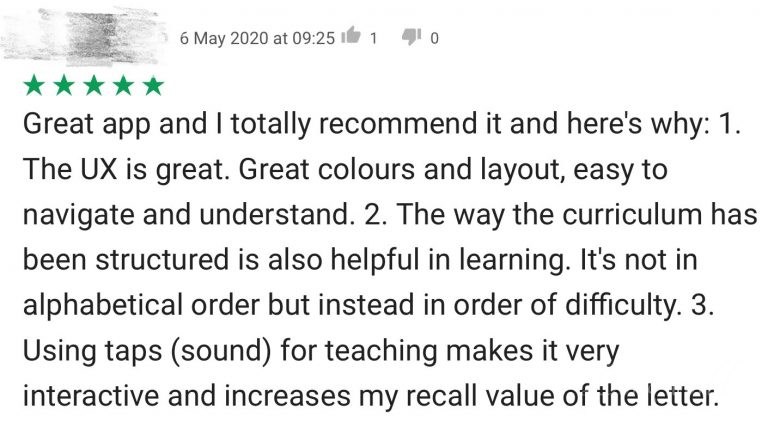 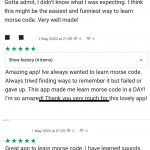 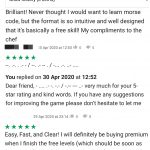 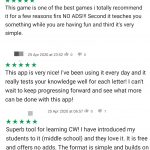 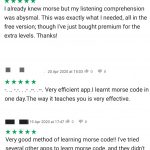 4. Why do I charge a small fee for premium features?

For the last month (after my most recent update of the game), a few people gave the app 3-star and even 1-star ratings mainly because I started charging a small subscription fee (3 CHF for lifetime and 1 CHF/month) for new features I added recently. I understand their disappointment but I wanna justify this action too. First of all, I’m just a private developer (instead of working for some company) which means I designed and developed this game all by myself in my spare time. Trust me, it was not easy, particularly when I tried to make it not only for Android but also for iOS system. A seemingly small error could take me hours to fix and sometimes I couldn’t even fall asleep because some specific issue kept haunting me. I’m not dreaming of making a fortune out of this game but I hope the premium fee could at least compensate for the fees I paid for the domain, Apple Developer Programme, advertising, Firebase account etc. Trust me, the number that finally appears on my bank account is much smaller than what you expect due to deduction by Apple Store/Google Play (1/3 of the profits) as well as government taxation. All users can still learn all the letters for free as well as changing “Words per Minute”, “Interface Sounds”, Background Noise” and “Vibration” in Settings, which I believe is quite adequate for an amateur Morse Code learner.

According to the Encyclopædia Britannica, Morse Code is either of two systems for representing letters of the alphabet, numerals, and punctuation marks by an arrangement of dots, dashes, and spaces. The codes are transmitted as electrical pulses of varied lengths or analogousmechanical or visual signals, such as flashing lights. One of the systems was invented in the United States by American artist and inventor Samuel F.B. Morse during the 1830s for electrical telegraphy. This version was further improved by American scientist and businessman Alfred Lewis Vail, Morse’s assistant and partner.

6. What was Morse Code used for?

Before the invention of Morse Code and the telegraph, messages were still handwritten and carried by horseback. Morse Code changed the way we communicated. In the time of its invention, it was the fastest long distance form of communication. The most commonly used signal for distress is SOS in Morse Code. It is represented as “… — …”.

International Morse Code was used heavily by the shipping industry and for the safety of the seas up until the early 1990s. It allowed for ships at sea to communicate over long distances using large lights. In addition, International Morse Code was used in World War II and in the Korean and Vietnam wars. Not only were naval war ships able to communicate with their bases and provide critical information to each other through the code, war planes also used Morse Code to detail locations for enemy ships, bases, and troops and relay them back to headquarters.

In the early 2000s most countries had dropped the ability to decipher Morse Code from the requirements for obtaining an amateur radio license. However, the International Morse Code is still widely recognized, even if it is not as widely used as it once was. Morse Code is still popular among amateur radio enthusiasts, and is most prevalent in Aviation and Aeronautical fields since radio navigational aids such as VOR and NDB still identify in Morse Code. The US Navy and Coast Guard still use signal lamps to communicate via Morse Code.

Morse Code has also been used as an alternative form of communication for people with disabilities or those who have their abilities to communicate impaired by stroke, heart attack, or paralysis. There have been several cases where individuals have been able to use their eyelids to communicate in Morse Code by using a series of long and quick blinks to represent that dots and dashes. The most famous case is probably that of Jeremiah Denton, Jr. An American navy pilot (and future senator), he was captured during the Vietnam War. In a forced appearance on North Vietnamese television, Denton was coerced into saying that his captors were treating him well behind enemy lines. But his eyes told a different story. By blinking in sequence, he used Morse Code to spell out the word “torture.”

While some Morse Mania users explain that they are learning Morse Code to be prepared for the future, when there are wars or other disasters, I see it more than a wild survival skill. To me, being able to use Morse Code is similar to being able to speak and to write. It is after all an alternative way of delivering messages and transmitting information. While speaking and writing can be taught by parents and teachers at home and school, Morse Code can be taught by Morse Mania anywhere. Imagine how fun it would be to “talk” with your friends secretly by tapping table, flashing light, blinking eyes, saying only di and dah, or in any other imaginative way you can think of that distinguishes dots from dashes.