Hello everyone! As I mentioned in my previous post about the Gourmesse, my friend invited me for a nice wan warm dinner, which is called raclette. After my first cheese fondue in Bern I was kind of suspicious about the swiss traditional dishes with swiss cheese and wine etc. However, since this week, all the doubts are gone. My friend invited me for dinner at his home and he prepared raclette, which is wonderful, and then he invited me to this gourmesse festival, I came to realize cheese fondue can also be good. I guess he’s the swiss food ambassador sent by someone to guide me through my prejudice haha. Anyway, many thanks to Fabian.

I guess the right season has come, and that’s why Coop started to promote cheese fondue and raclette. I got this coop magazine this week and there is a brochure particularly about cheese fondue and raclette. Fortunately I understand a little German, so with the help of dictionary, I could mostly understand. Besides, my friend Fabian showed me how to do it so finally, I decided to buy the raclette machine and make it at home for the very first time. I believe it’s quite successful.

Raclette is a traditional meal for peasants in the mountains of Switzerland. Usually, they bring cheese with them when they go up or down the mountains and when there is campfire, they put the cheese close to the fire and when it melts to certain softness, the peasants scrap it off as topping on the bread. My friend’s girlfriend is from Valais and she told me the traditional way is to use a huge piece of cheese and put it close to the fire. When it melts, one person has to regularly scrap it and serve it to the table and then go back to the fire and melt it again. Poor raclette maker I have to say, and that’s why I prefer the modern way, in which you use a raclette grill machine and all the people can sit by the table and make their personalized version (how soft, what to add in it etc.). Now I’ll show you how I made my first raclette following the advice from my friends and coop brochure. 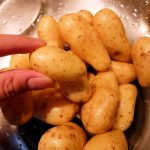 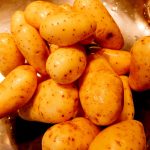 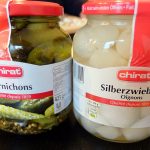 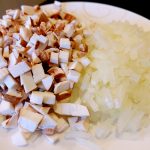 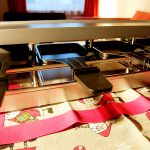 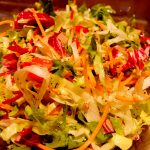 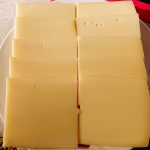 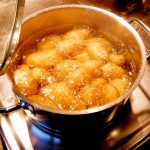 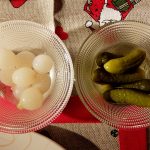 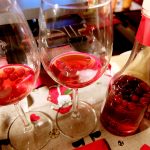 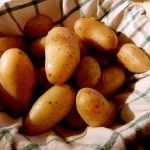 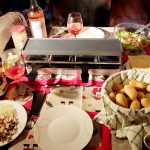 Thanks to the modern raclette machine, after you’ve prepared everything, you don’t need to run to the kitchen regularly as I said in the traditional way. My friend says it’s the fake raclette because she’s from Valais, haha, but the machine is really nice for me and it somehow reminds me of Chinese hot pot. For both of them, you sit by the table with your friends, cook and eat at the same time. It’s really a nice way to get together with either your family or friends especially in a cold winter. 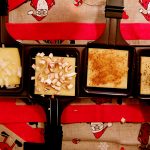 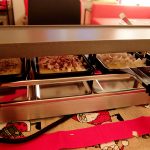 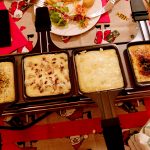 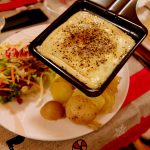 Now all you need to do is to add a piece of cheese to your plate, add some onions or mushrooms if you like (don’t add spices now otherwise they will get burned, this is a lesson I learnt from this time), and put the plate into the machine. it takes around 4-5 mins for the cheese to melt and you should check it from time to time. If the cheese gets liquidish and a little brown on the surface, it means it’s done. Pour the melted cheese on your potatoes (better cut into small pieces in advance) and add the spices that you like. Don’t let the melted cheese cool down for long time after you bring it out from the machine, otherwise it will become kind of solid again. If you don’t like the onions or mushrooms to be too dry when the cheese is fully melted, you can put them under the cheese before moving the plate to the machine.

This is really the second time I had raclette and the very first time I made it. It’s not as difficult as I imagined and I think it’s pretty successful. I suggest you try it as well but first of all, you need to decide to buy a raclette machine. Oh, I forgot to mention that usually the raclette machines have a grill on top so if you like, you can also grill some vegetables or meat on top while you’re enjoying raclette.

After you have raclette, your whole flat or at least your dining room smells like raclette cheese, but I love it.

Anyway, I think you should probably try it in a restaurant first and then decide whether you want this dish, raclette, to accompany you, your friends and family to spend this cold winter. 🙂