Different from most apps in the App Store or Google Play store, NATO Alphabet focuses on practice and trains your knowledge of the names of the 26 letters. What’s more, you can choose to train the names by typing or speaking, and I strongly recommend the latter as it’s much more useful in real life. Besides the aforementioned rather unique feature, the app also helps to explore and learn the names of the 26 letters, numbers and so on and translate words, phrases as well as combinations such as your license plate number.

What’s the NATO Alphabet?
How to explore and learn?
How to train?
Translate and save as favorite
What settings can I change?

How to explore and learn?

On the Train page, the 26 letters are grouped into 9 levels and in between there are several challenges. In a level, you have unlimited tries and time to test your knowledge while in a challenge, you must answer within a short period of time and make less than 3 mistakes to pass it. In both the levels and challenges, you can answer either by typing or by speaking. I strongly recommend the latter as it is how the alphabet is commonly used in reality. 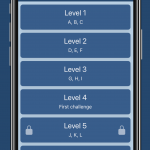 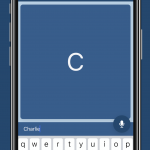 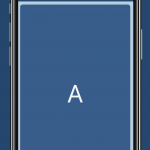 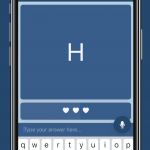 Translate and save as favorite

On the Translate page, you can translate any words/phrases into the NATO Alphabet and play them in audio format. You can also save them (by clicking the star icon) as your favorite. For example, you can bookmark your license plate number for easy access later.

What settings can I change?

Under Settings on the More page, you can enable/disable the interface sound and switch on/off vibration on error.

What are you waiting for? Simply download the app and try it out!