Hello everyone! Today I’m gonna introduce to you another Chinese dish, fried minced beef with red chili oil and potatoes. It can be quite spicy if you wanna make it so. If you can’t have spicy you can control the amount of red chili oil in it. Why do I call it a Chinese dish? Mainly because we Chinese, unlike people from western world, eat potatoes as a ingredients in a dish instead of main food (such as rice). Haha, joking! It’s because I add quite some spices, which are normally linked with Asia in western people’s eyes. For example, illicium verum, cinnamon, Sichuan pepper and coriander.

Also, here I’d like to present to you almost the most famous chili sauce in China, and you can buy it in basically every Chinese supermarkets abroad. It seems when I was cooking I added a lot, but it’s really just  one table spoon and it’s not that spicy. 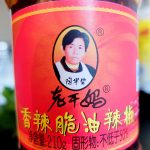 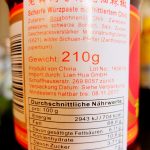 Lao Gan Ma (Chinese: 老干妈) or Old Godmother is a brand of chili sauces that are made in China. The sauce is produced by Laoganma Special Flavour Foodstuffs Company, which was established in 1997. Development of the sauce began in August 1996 by Tao Huabi (陶华碧), who employed 40 people at that time in a workshop environment. 1.3 million bottles of the sauce are produced daily. The product is sold in China and in over 30 countries. Tao Huabi is the owner of the company, and her son Li Guishan became the first president of the company. Women of China magazine reported in January 2011 that the company’s assets were 1.3 billion yuan (US $190 million) and that the company had 2,000 employees at that time. 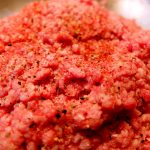 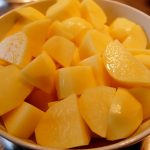 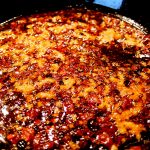 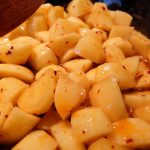 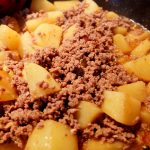 At last, add some coriander pieces and the rest of the garlic and mix them well with the rest of the food. I usually eat it with rice and as for how you wanna have it, it totally depends on you. Maybe some bread is also a good choice? Bon Appetite!