1. Why visit the exhibition?

1. Why visit the exhibition? 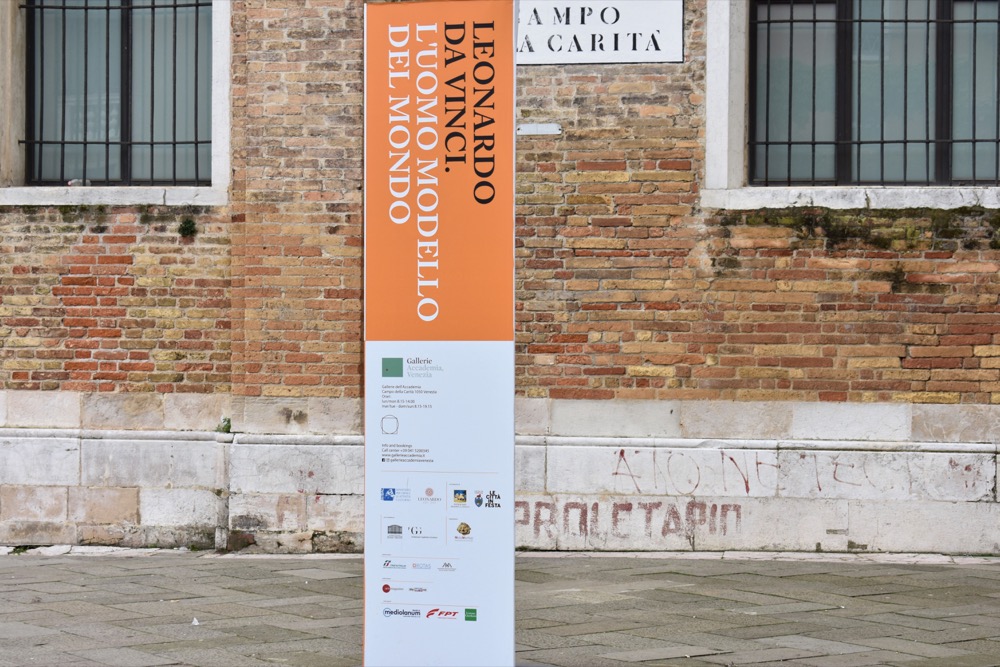 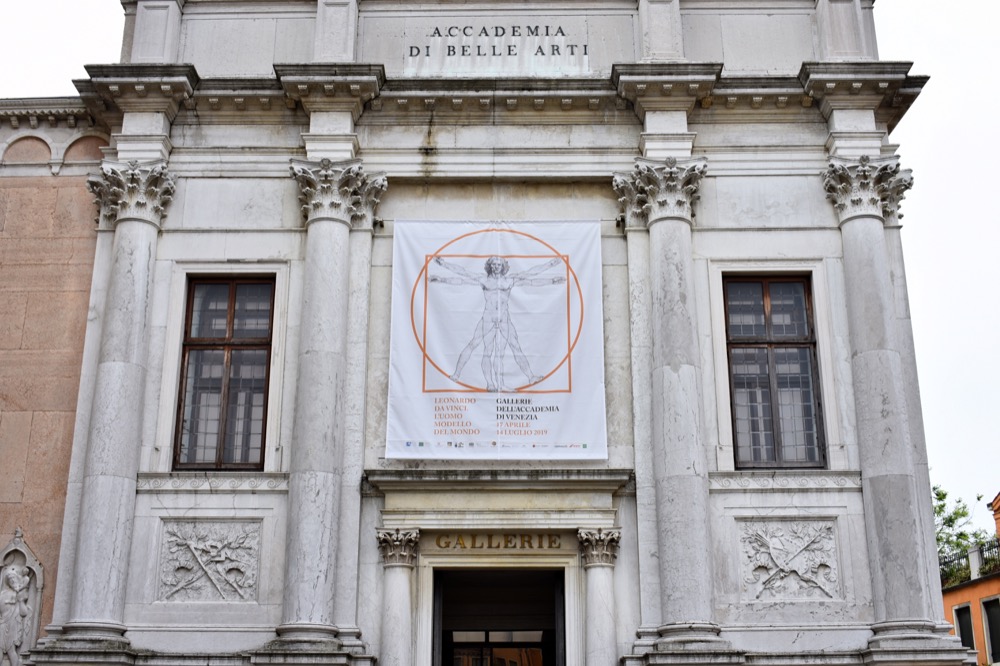 It is possible to book tickets online with a booking fee of € 1.50 each (applicable to reduced price and free tickets as well). The purchase of the online ticket does not include the skip-the-line option at the entrance of the gallery. However, once you make your way into the building, you can go straight to the reservation-only cashier.

I still remember my first visit to the Gallerie dell’Academia about 1.5 years ago when I was informed that the drawing, despite of being one of the most previous treasures of the gallery, is rarely exhibited to the public due to its fragility. Upon hearing the news that on the occasion of the 500th anniversary of Leonardo da Vinci’s death, his famous “Vitruvian Man” would be displayed from 17th April to 14th July 2019, I decided to visit the gallery again immediately. It’s such a great opportunity because rumor has it that for preservation reasons, this is the second time in almost 36 years that it’s displayed to the public.

The “Vitruvian Man” (also called “The proportions of the human body according to Vitruvius”) was made by the Italian polymath Leonardo da Vinci around 1490, and is accompanied by notes based on the work of the architect Vitruvius. The drawing, which is in ink on paper, depicts a man in two superimposed positions with his arms and legs apart and inscribed in a circle and square. It is based on the correlations of ideal human body proportions with geometry described by the ancient Roman architect Vitruvius in Book III of his treatise “De architectura”, a building guide written between 30 and 15 BC. He described the human figure as being the principal source of proportion among the classical orders of architecture, and determined that the ideal body should be eight heads high. Leonardo’s drawing is traditionally named in honor of the architect, however, it combines a careful reading of the ancient text with his own observation of actual human bodies. In drawing the circle and square he observes that the square cannot have the same centre as the circle, but is centered at the groin. This adjustment is the innovative part of Leonardo’s drawing and what distinguishes it from earlier illustrations. He also departs from Vitruvius by drawing the arms raised to a position in which the fingertips are level with the top of the head, rather than Vitruvius’s much lower angle, in which the arms form lines passing through the navel.

This image demonstrates the blend of mathematics and art during the Renaissance and is a prime example demonstrating Leonardo’s deep understanding of proportion. In addition, this picture represents a cornerstone of Leonardo’s attempts to relate man to nature. Encyclopædia Britannica online states, “Leonardo envisaged the great picture chart of the human body he had produced through his anatomical drawings and Vitruvian Man as a cosmografia del minor mondo (cosmography of the microcosm). He believed the workings of the human body to be an analogy for the workings of the universe.” The drawing itself is often used as an implied symbol of the essential symmetry of the human body, and by extension, the symmetry of the universe as a whole.

The content of the sheet can be divided into three sections, namely the upper text, the drawing and the lower text. It may be noticed by examining the drawing that the combination of arm and leg positions creates sixteen different poses. The pose with the arms straight out and the feet together is seen to be inscribed in the superimposed square. On the other hand, the spread eagle pose is seen to be inscribed in the superimposed circle. According to Wikipedia, the upper text reads:

Vetruvio, architect, puts in his work on architecture that the measurements of man are in nature distributed in this manner: that is a palm is four fingers, a foot is four palms, a cubit is six palms, four cubits make a man, a pace is four cubits, a man is 24 palms and these measurements are in his buildings.

and the lower text reads:

The drawing reminded me of one sheet from Leonardo’s “Codex Atlanticus” (which I saw in the Biblioteca Ambrosiana in Milan), on which notes show the master’s attempt at solving “squaring the circle”, a problem proposed by ancient geometers. It is the challenge of constructing a square with the same area as a given circle by using only a finite number of steps with compass and straightedge. In 1882, the task was proven to be impossible, as a consequence of the Lindemann–Weierstrass theorem which proves that pi (π) is a transcendental, rather than an algebraic irrational number; that is, it is not the root of any polynomial with rational coefficients. Some argue that this diagram shows that Leonardo had a sophisticated understanding of the problem, which other mathematicians would not develop until much later.

Next to the “Vitruvian Man” I saw another drawing by Leonardo which shows his studies of anatomy, movement and horse.

3.2  Studies of “The Battle of Anghiari”

The “Battle of Anghiari” is a lost painting by Leonardo da Vinci, which some commentators believe to be still hidden beneath one of the later frescoes in the Salone dei Cinquecento (Hall of the Five Hundred) in the Palazzo Vecchio, Florence. Its central scene depicted four men riding raging war horses engaged in a battle for possession of a standard, at the Battle of Anghiari in 1440. The composition of the central section is best known through a drawing by Peter Paul Rubens in the Louvre, Paris. This work, dating from 1603 and known as “The Battle of the Standard”, is based on an engraving of 1553 by Lorenzo Zacchia, which was taken from the painting itself or possibly derived from a cartoon by Leonardo. Rubens succeeded in portraying the fury, the intense emotions and the sense of power that were presumably present in the original painting. Similarities have been noted between this “Battle of Anghiari” and the “Hippopotamus Hunt” painted by Rubens in 1616, which is exhibited in the Alte Pinakothek in Munich.

Some preparatory studies of the painting by Leonardo still exist, and in this exhibition, you can see two of them.

Some other works that interested me were the study of hand, study of flowers and study of “The Last Supper”. All in all, do not miss the opportunity to visit the Gallerie dell’Accademia between 17th April and 14th July 2019 because unlike “Mona Lisa” or “The Last Supper”, the works shown in the exhibition can not be seen whenever you want to see them.

Leonardo da Vinci. The man model of the world was last modified: May 4th, 2019 by Dong