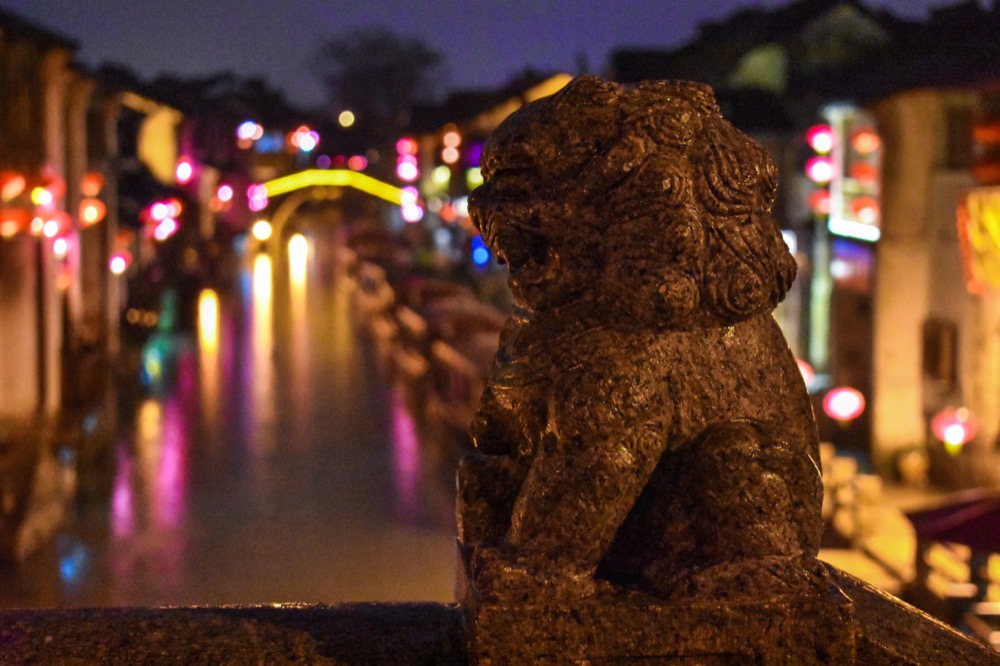 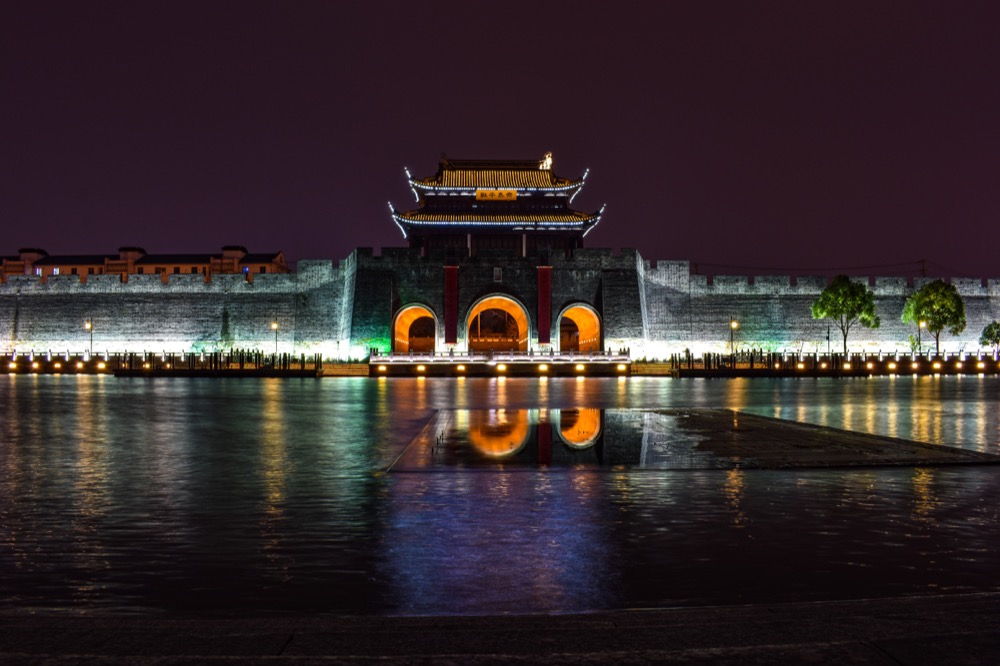 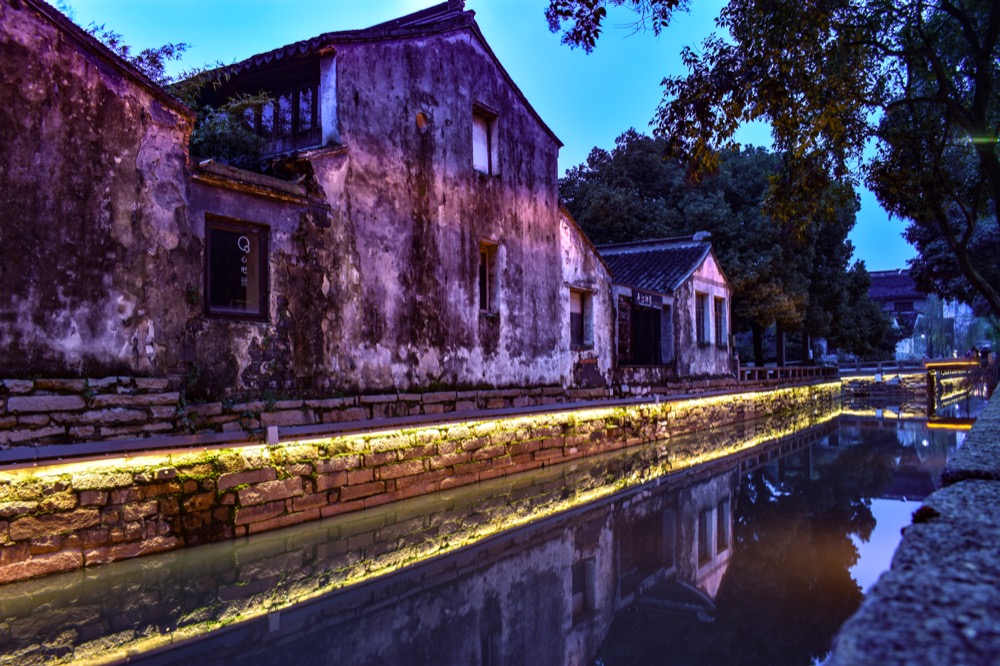 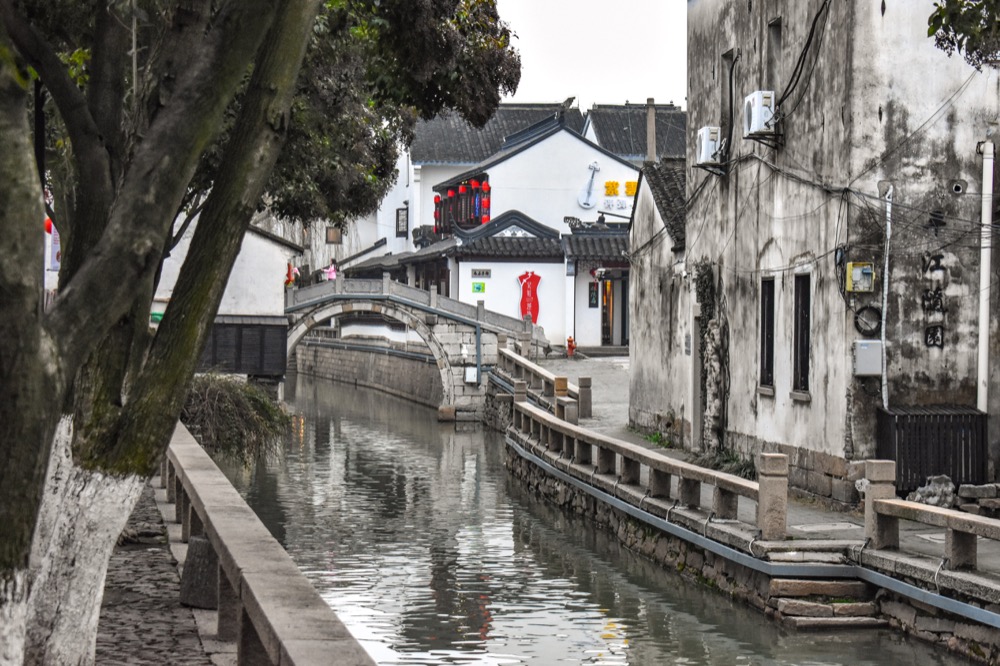 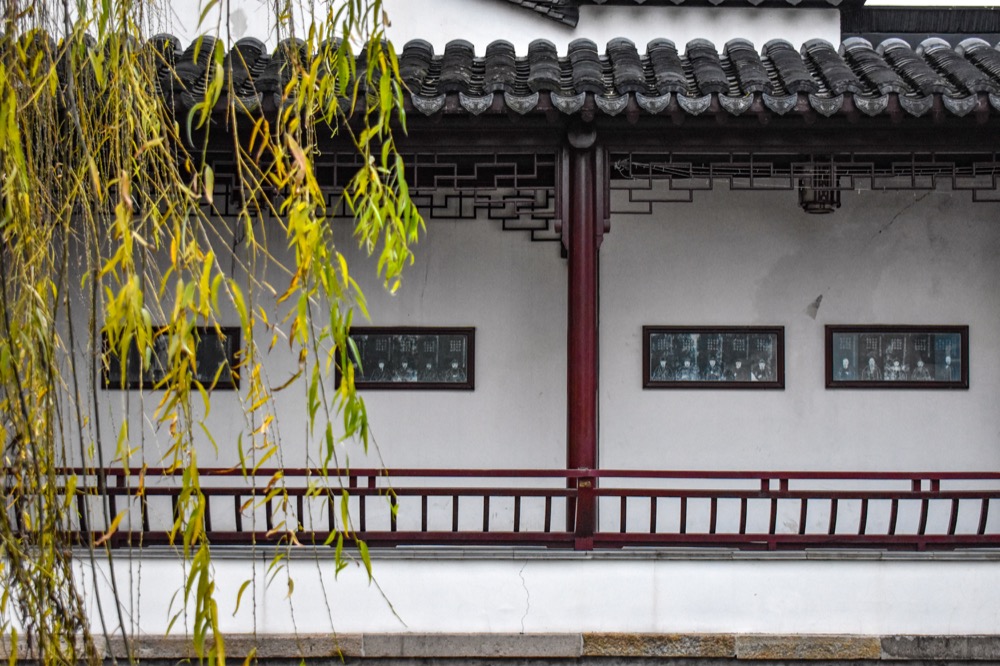 The Grand Canal forms a vast inland waterway system in the north-eastern and central eastern plains of China, passing through eight of the country’s present-day provinces from the capital Beijing in the north to Zhejiang Province in the south. Constructed in sections from the 5th century BC onwards, it was for the first time conceived as a unified means of communication for the Empire in the 7th century AD (Sui dynasty). Completed and maintained by successive dynasties, it formed the backbone of the Empire’s inland communications system. Its management was made possible over a long period by means of the Caoyun system, the imperial monopoly for the transport of grain and strategic raw materials, and for the taxation and control of traffic. The system enabled the supply of rice to feed the population, the unified administration of the territory, and the transport of troops. The Grand Canal reached a new peak in the 13th century (Yuan Dynasty), providing a unified inland navigation network consisting of more than 2,000 km of artificial waterways, linking five of the most important river basins in China including the Yellow River and Yangtze River. It has played an important role in ensuring the economic prosperity and stability of China over the ages.

Today, as the longest artificial waterway in the world, the Grand Canal is still a major means of internal communication, and plays a dynamic role in transportation, irrigation and flood control. In six provinces and two municipalities, 27 sections of the waterway and 58 sites along it are inscribed and protected by the UNESCO. Some sites are simply water gates, dikes and dams, bridges, towpaths, docks, etc., while others are popular tourist attractions which are certainly worth visiting. Now, let’s see what the UNESCO says about the property. 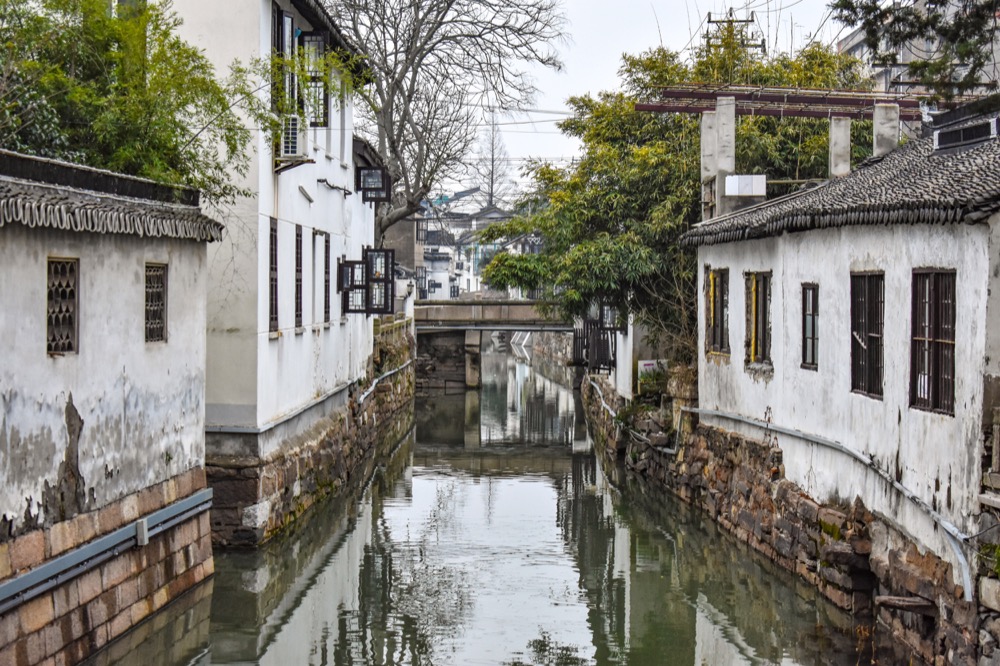 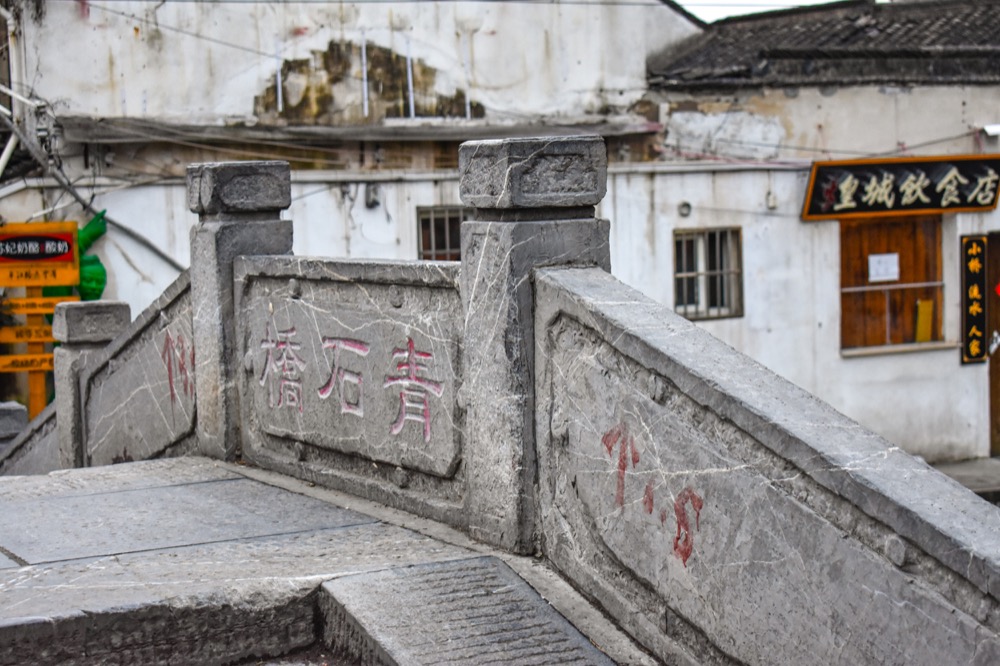 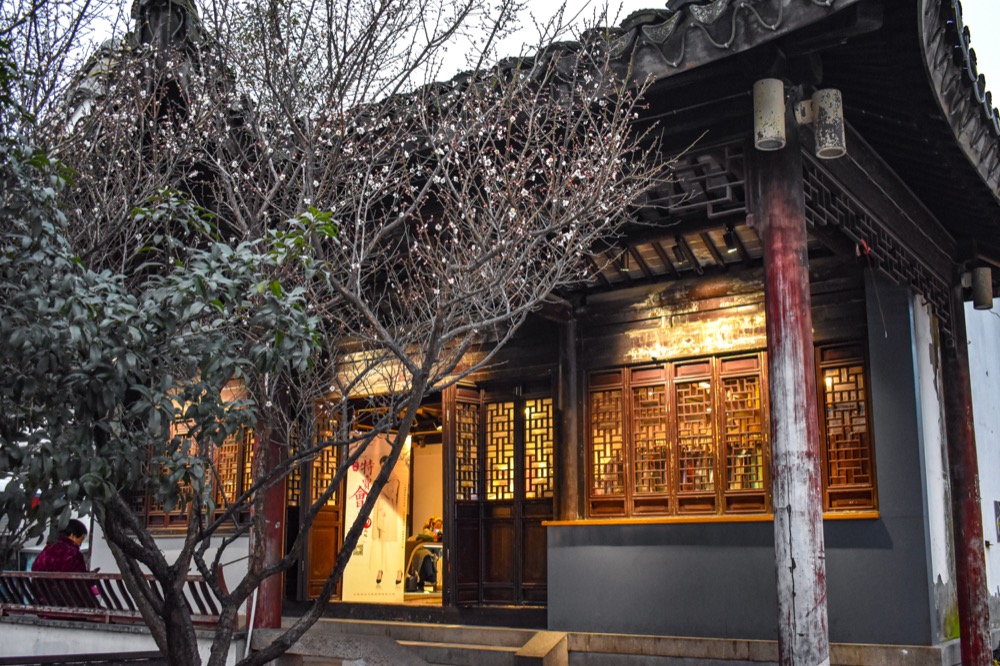 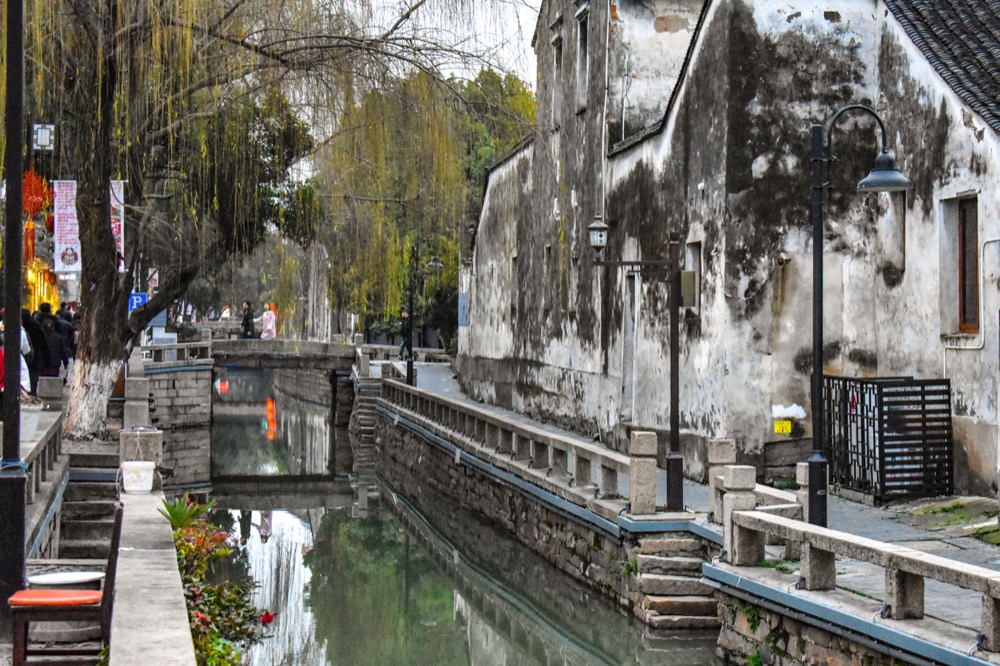 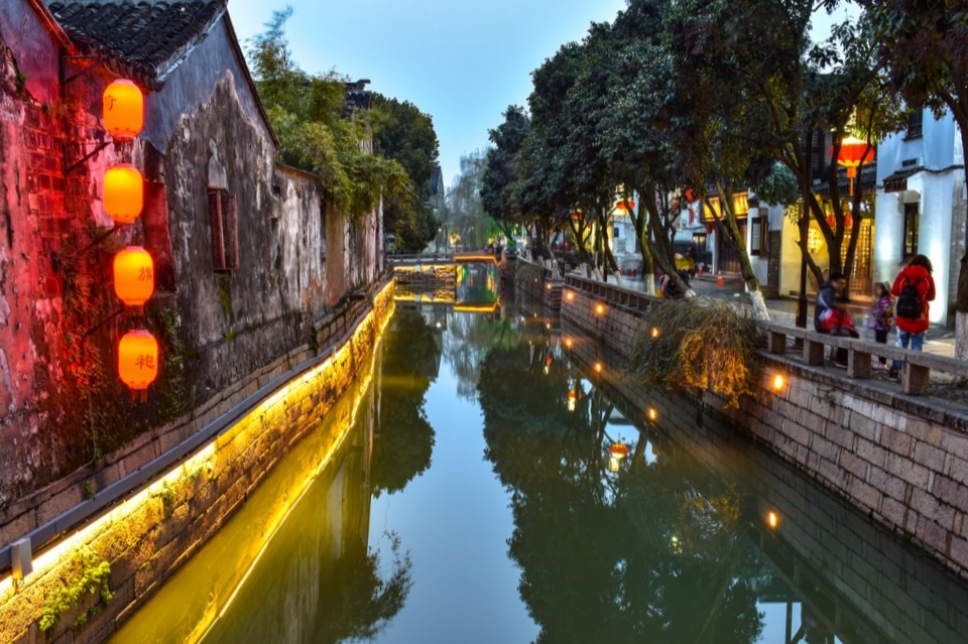 Pingjiang Road, historically known as Shiquan Li, is part of the Old Town of Suzhou and a well-preserved street and historic district. The main street is located along Pingjiang He (Pingjiang River) and stretches from Ganjiang Donglu (Ganjiang East Road) in the south to Baita Donglu (Baita East Road) in the northwest, near the Humble Administrator’s Garden, Lion Grove Garden, and Suzhou Museum. In 514 BC, Wu Zixu, a general and politician of the Wu kingdom in the Spring and Autumn period, assisted King Helü in planning modern Suzhou (today’s Old Town of Suzhou). He divided the land by three horizontal rivers and four vertical ones, each of which was accompanied by a street. Therefore, the layout is commonly known as the “Double Checkerboard”. There are more than 50 small alleys intersecting the main street and about 3 km of canals in the district, including Pingjiang River, which is the fourth vertical river dating from the Spring and Autumn period.

In 2009, Pingjiang Road was listed as a “Famous Historical and Cultural Street of China“, one of the first ten streets with such title across China. Along with Shantang Street, it was also declared a “Historical and Cultural Block of China” in 2015. There are 18 stone bridges in the district, among which 12 are featured on the “Pingjiang Tu”, a map painted in 1229. It is said that this area has the highest density of bridges across Suzhou.

A BBC Travel article states that Pingjiang Road is “lined with houses that embody Suzhou’s style – graceful, simple and timeless. Pingjiang Road gives an insight into the leisurely existence of the city’s residents. [It is a] centre of Suzhou’s artistic life, lined with bookshops and local opera theatres. There are also several teahouses, where people gather for performances of traditional storytelling and ballad singing”. I studied in Suzhou for four years and during that time, I visited the area at least once every month. There are many cosy and romantic cafes along the main street, making it an ideal meeting point for couples. I still remember the days when I sat by a window and listened to the rain while studying or chatting with friends. During my most recent visit to Pingjiang Road, I noticed it’s become rather crowded. After all it’s been more than five years since my last last visit and the district seems to have become really popular among tourists. If possible, have a stroll along the Pingjiang River on weekdays and feel the spirit of the Old Town of Suzhou, which is known as the “City of Canals” and the “Oriental Venice”.

In Pingjiang Historical and Cultural Block, you will find the Couple’s Retreat Garden (Ou Yuan), which is one of the nine “Classical Gardens of Suzhou” inscribed by the UNESCO as a World Heritage property. Guanqian Street is also in walking distance, on which you will find many famous century-old shops such as Huangtianyuan, Sanwanchang, Caizhizhai and so on. They offer a large variety of traditional Jiangnan dishes and snacks. I recommend you to try their noodles, sesame pancake with pine nut and jujube paste, and marinated tofu, all of which are my favourite. On my way from Pingjiang Road to Guanqian Street, I saw the former residence of Hong Jun, a major Chinese official who was sent by Empress Dowager Cixi as the Chinese envoy to Europe. 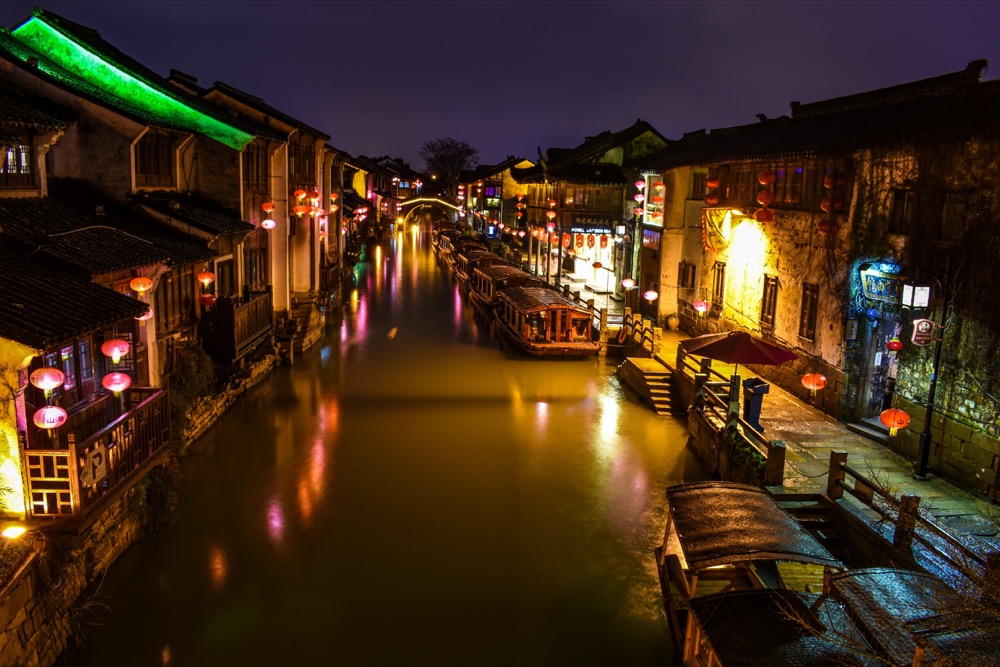 Shantang Street is a street in northwestern Gusu District connecting the Changmen Gate in the east with Huqiu (Tiger Hill) in the west, on which according to legend a white tiger appeared to guard it following the burial of King Helü. The total length is about 3,829 meters, which is a bit more than seven “li” (known as the Chinese mile), hence it’s commonly called as the “Seven Li Shantang”. Construction of the Shantang Canal started in 825 AD, during the Tang dynasty by Bai Juyi, a poet and the Cishi (present-day equivalent of the prefectural governor) of Suzhou, to provide a link between Huqiu and the city. The sludge dug out from the construction formed a dam along the north bank of the canal known as Baigong Dam in honor of Bai Juyi. A street was built on dam, which later became the Shantang Street we see today. Along with Pingjiang Road, the street is listed as a “Famous Historical and Cultural Street of China” and a “Historical and Cultural Block of China”.

Today, similar to Pingjiang Road, this is a heavily touristed area, with visitors attracted mainly by the traditional buildings and old stone bridges. Along the way, you will see theatres and teahouses which from time to time hold cultural performances including traditional Chinese music concerts, local opera singing, folk song singing, and folk dance, as well as cafes, century-old shops, and bookshops.