As the UNESCO comments: Trogir is a remarkable example of urban continuity. The orthogonal street plan of this island settlement dates back to the Hellenistic period and it was embellished by successive rulers with many fine public and domestic buildings and fortifications. Its beautiful Romanesque churches are complemented by the outstanding Renaissance and Baroque buildings […]

As the UNESCO comments: The ruins of Diocletian’s Palace, built between the late 3rd and the early 4th centuries A.D., can be found throughout the city. The cathedral was built in the Middle Ages, reusing materials from the ancient mausoleum. Twelfth- and 13th-century Romanesque churches, medieval fortifications, 15th-century Gothic palaces and other palaces in Renaissance […] 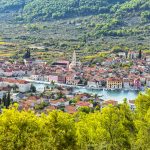 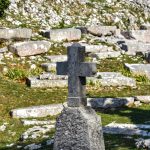 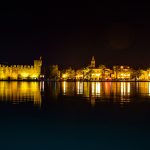